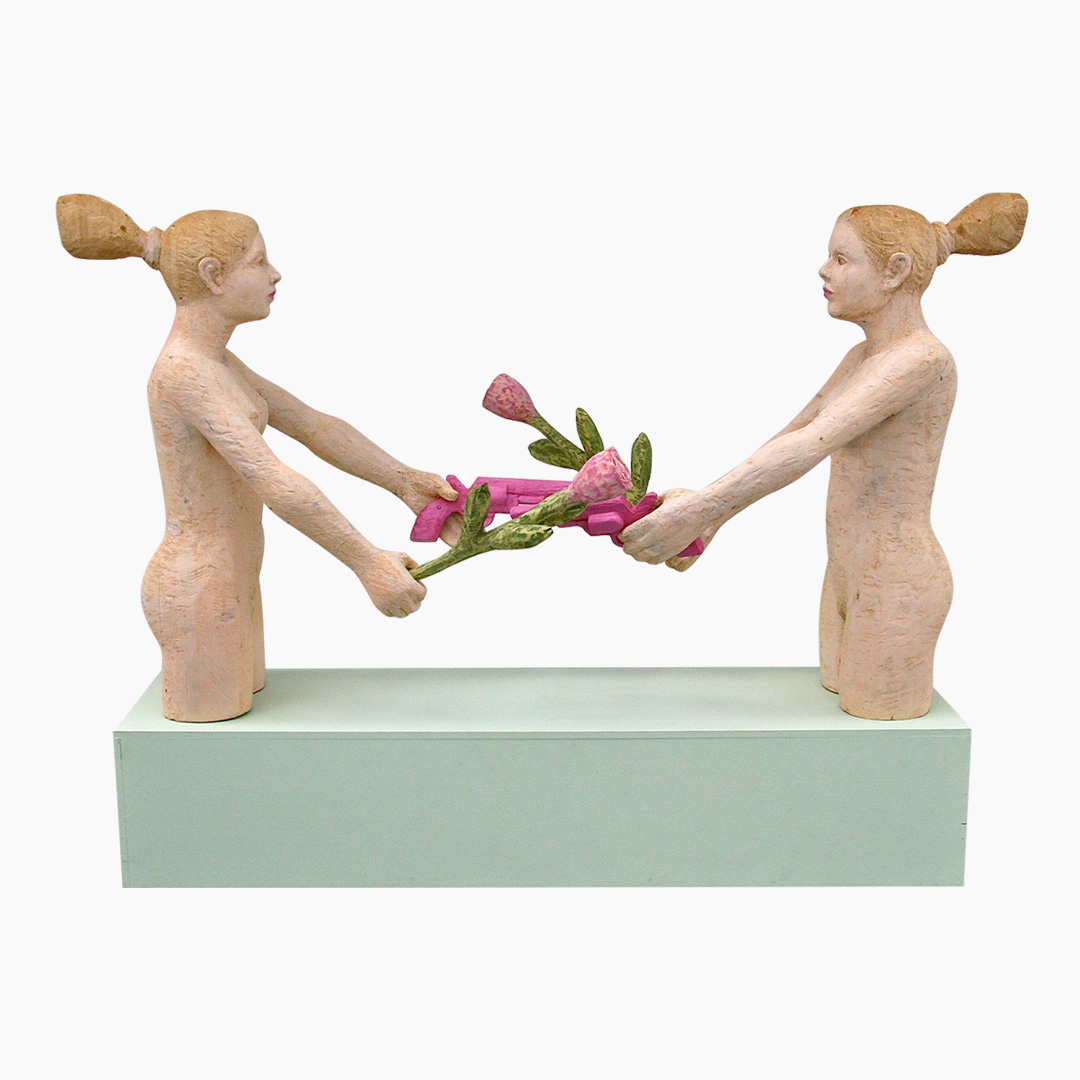 Foe or friend? - Either to be for another or against each other.

At any time, people have the choice how to deal with each other. Since “good or evil” are always parts of one’s character, one decides for “Guns” at one and for “Roses” at another occasion. These two virgin girls of the sculpture are playing with their options and haven’t decided yet which way to go.

That duet of sculptures, has been created out of solid pine wood by a chainsaw, and colored with glaze. It’s one of a kind. 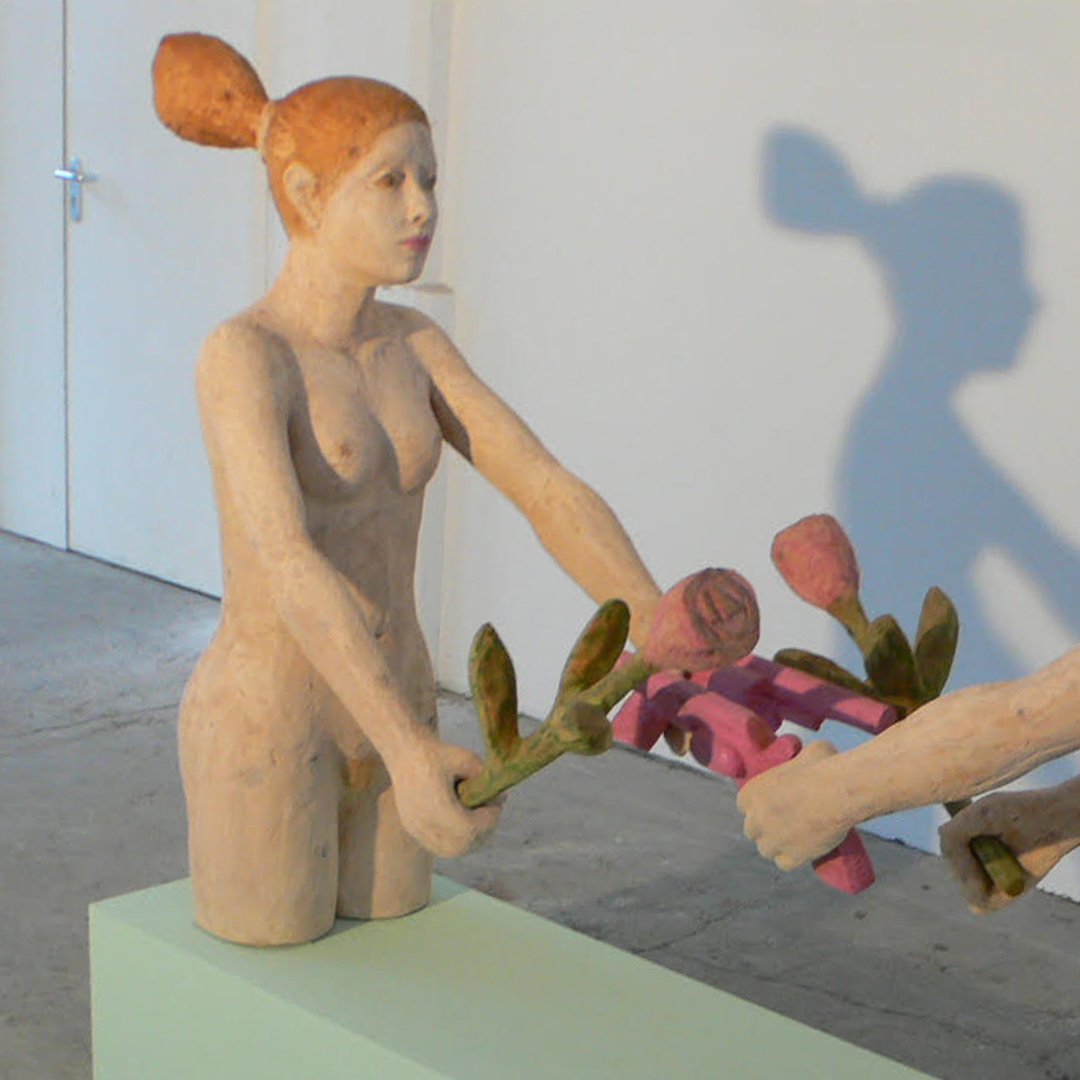 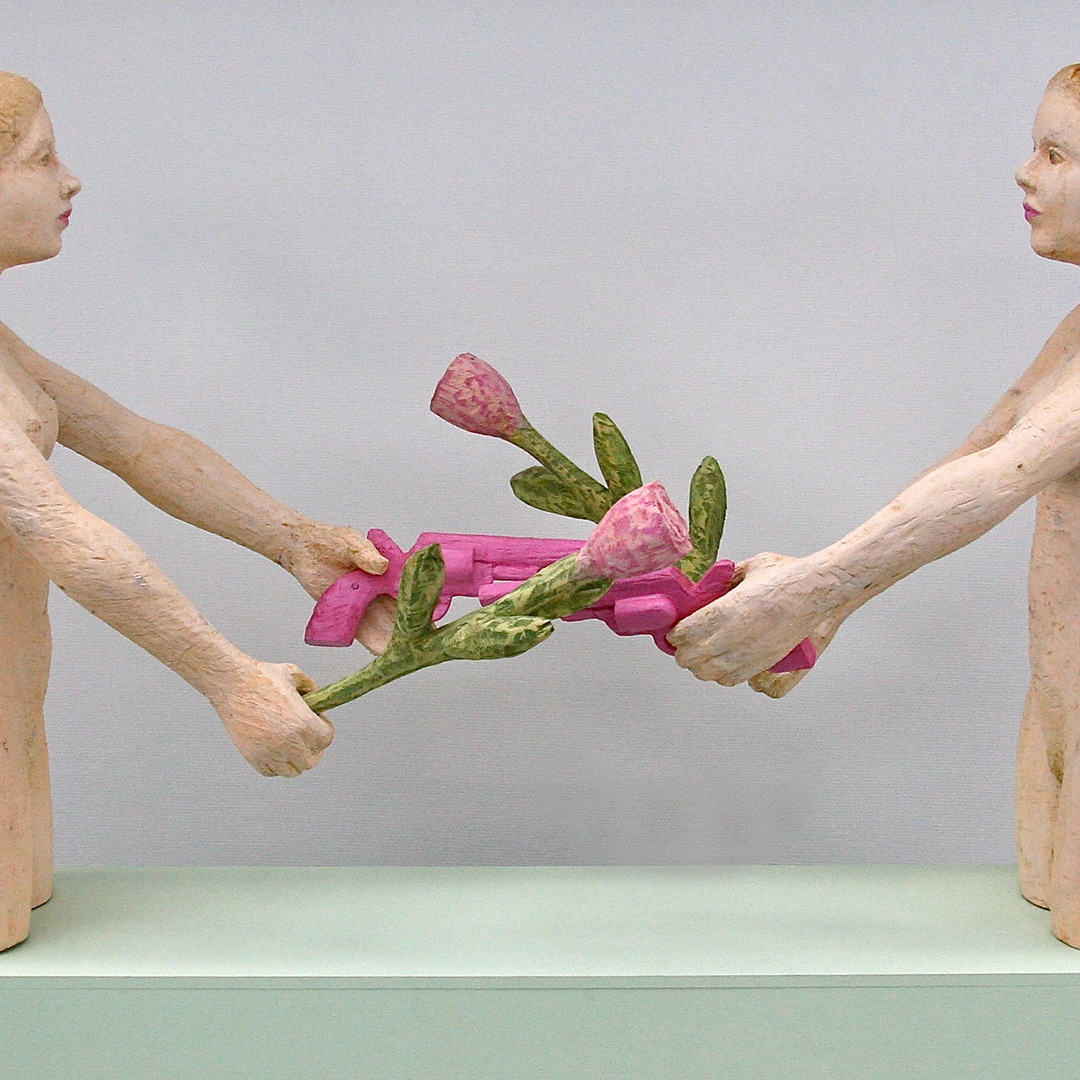 Born in 1964, grown up in North Germany, lived in Brazil between 1980 - 1982. In 1987, she stayed there with the "Canela", an indigenous people. In a tribal ceremony, she received her Indian name "Crowky" referring to an old myth of a young girl transformed into a buriti palm. As sign of her cosmopolitan personality, she speaks fluently German, Portuguese, Spanish, and English.

She studied sculpture at the Academy of Fine Arts in Munich, Germany, 1986 - 1990. Thereafter, she lived and worked as sculptress in the metropolitan area of Frankfurt/Main, Germany. Since then, she received several art awards and regularly exhibited her work in various galleries, on art fairs, and in museums. She has been a regular attendee at the Darmstadt Secession of Arts, and a teacher in wood carving at the University of Darmstadt. Broad recognition earned her public exhibitions of large-scale sculptures at various locations in the Rhine-Main area. Since 2017, she lives and works in Berlin. Social activities are complementing her creative work. 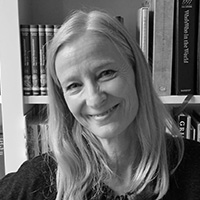