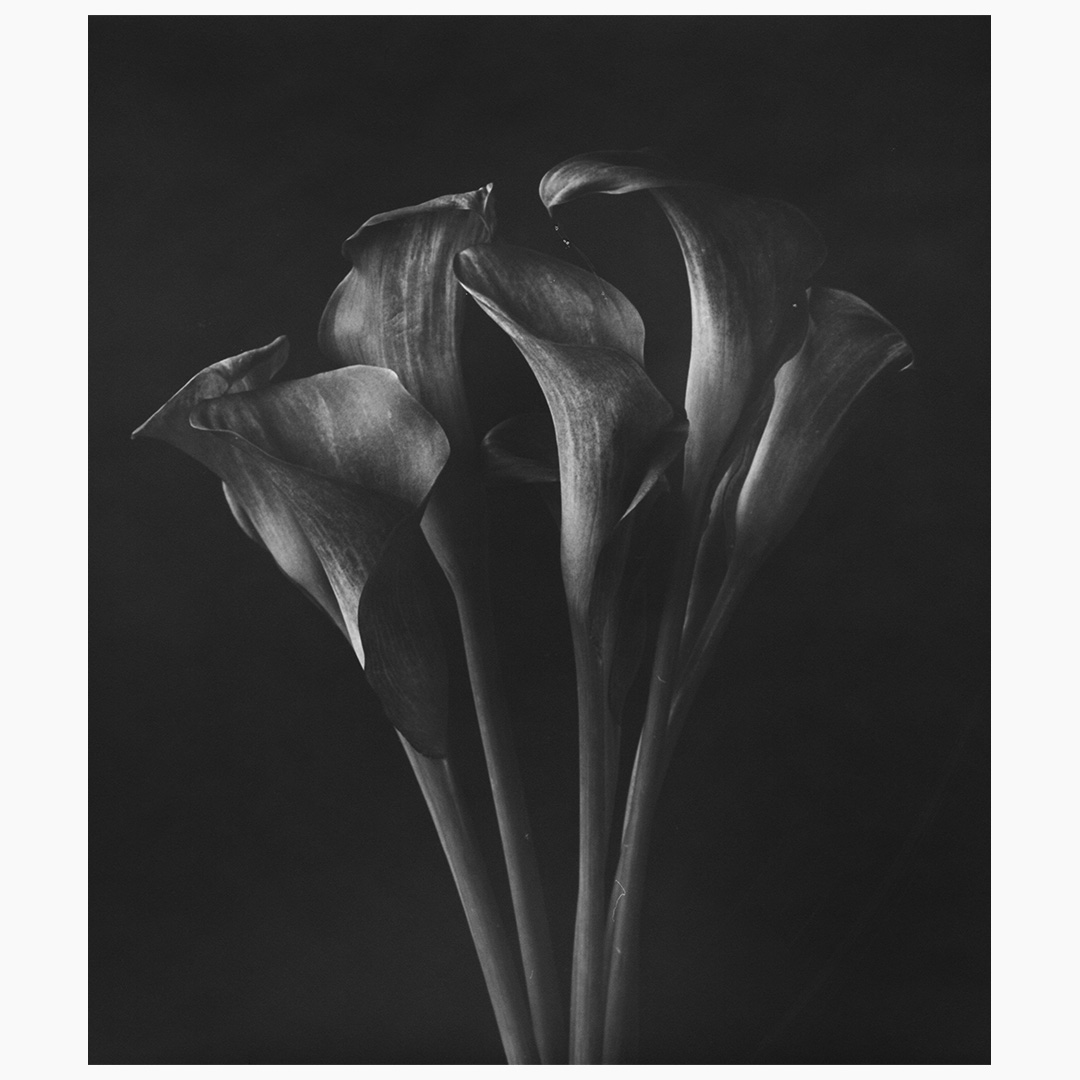 The black calla lilies, which are the artist's favourite flowers, were shot in his studio using natural light.

The actual size of the print may vary depending on the cropping at the photographer's discretion. The prints are processed by dry mounting on acid free museum archival mat boards. All prints are signed and numbered. Limited to 4 copies. 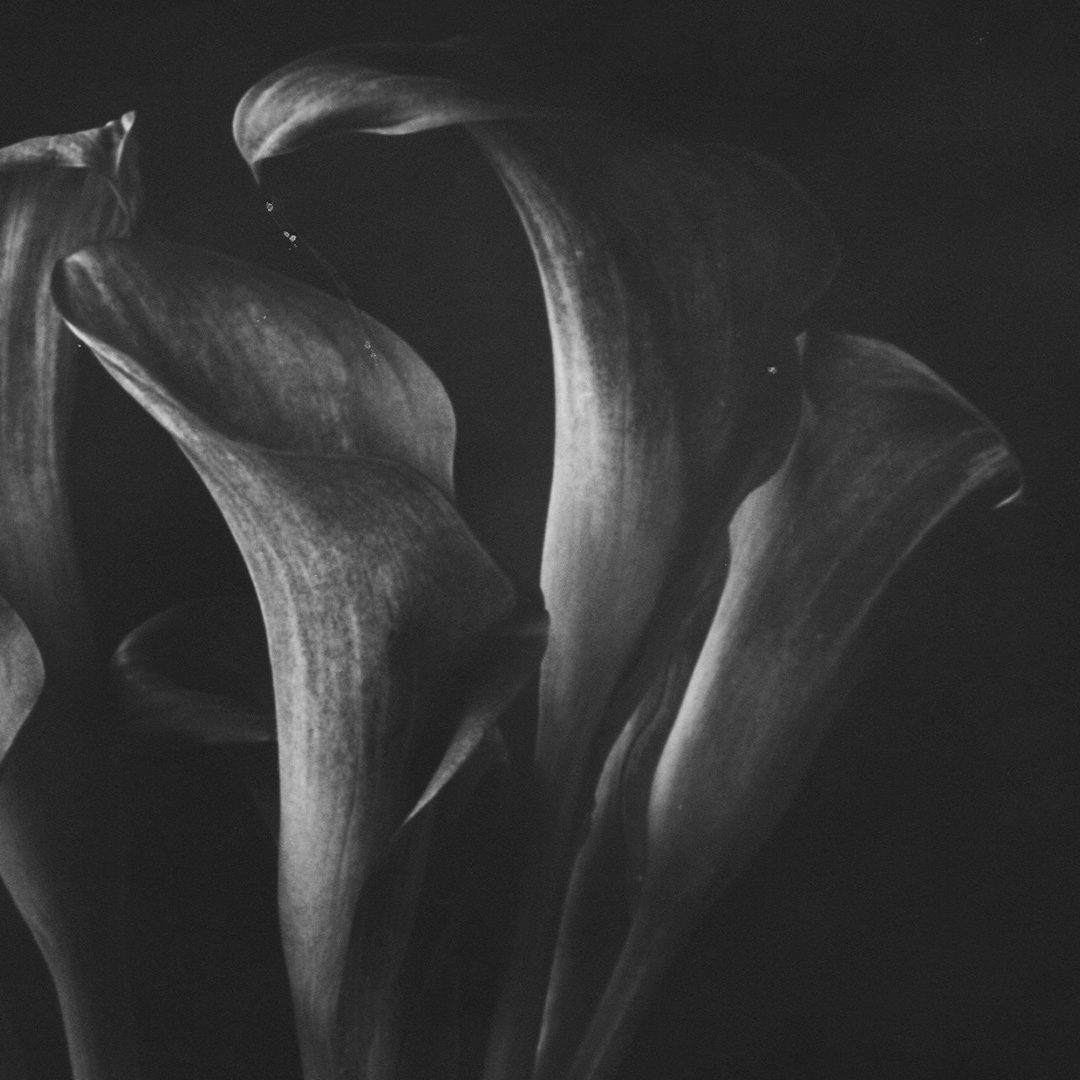 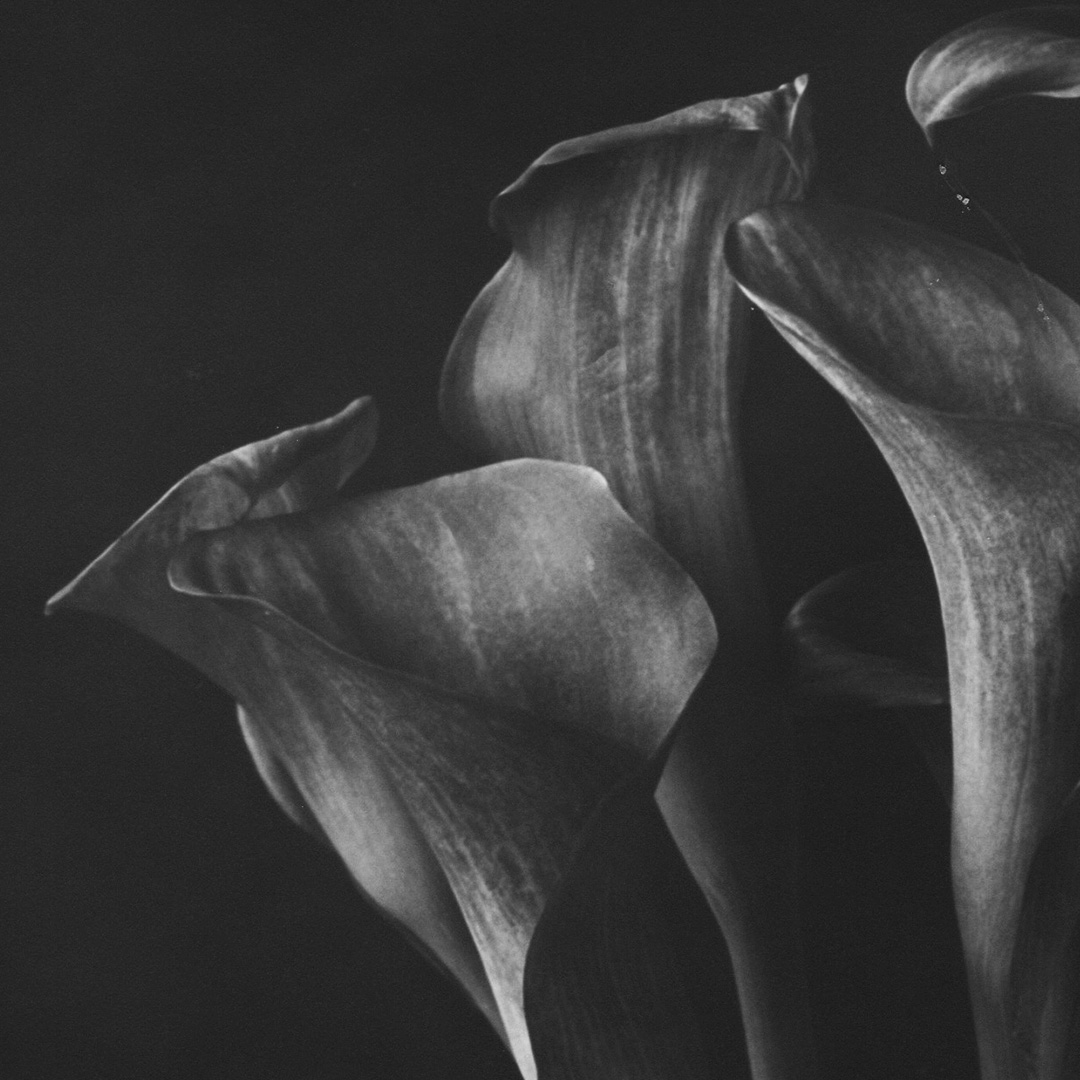 Born in 1952, grown up on the island of Vigra near the town of Aalesund on the west coast of Norway where he still resides. Almost his whole professional life has been spent in banking after having studied economics and business administration.  In 2014, he  took an early retirement to concentrate on his passion: photography.

From early age on, he showed talent for drawing and painting.  At the age of 20, he got interested in photography.  He participated in numerous group exhibitions around the world and was awarded the AFIAP title “La Fédération Iinternationale de l’Art Photographique” in 1980. Later he got skills in sculpturing after several trips to marble carving workshops in Carrara. That’s the reason why Sjur has that intense sense for the 3rd dimension, and his artistic photographs show that much depth by using light and shadow in a perfect manner. In 2003-2008, he advanced his photographic techniques in a Soth West U.S.A. He was particularly fascinated by the sand dunes of Death Valley - shooting the them at twilight - and the canyons. He returned to Death Valley in 2005 and 2008 when his trip was extended to Utah and Arizona to shoot canyons.

Now Sjur’s prime interest is nude photography and dancers. Every year he invites models to work with him in Norway.  Since 2015, he is regularly visiting Saint Petersburg to shoot dancers. His work has been predominantly influenced by Brett Westin, Vadim Stein, and Howard Schatz. He always is attracted by form, rhythm, and patterns when creating his stunning compositions reduced to the essential. His almost abstract approach leaves viewers the space to reflect their own life. 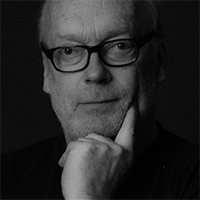 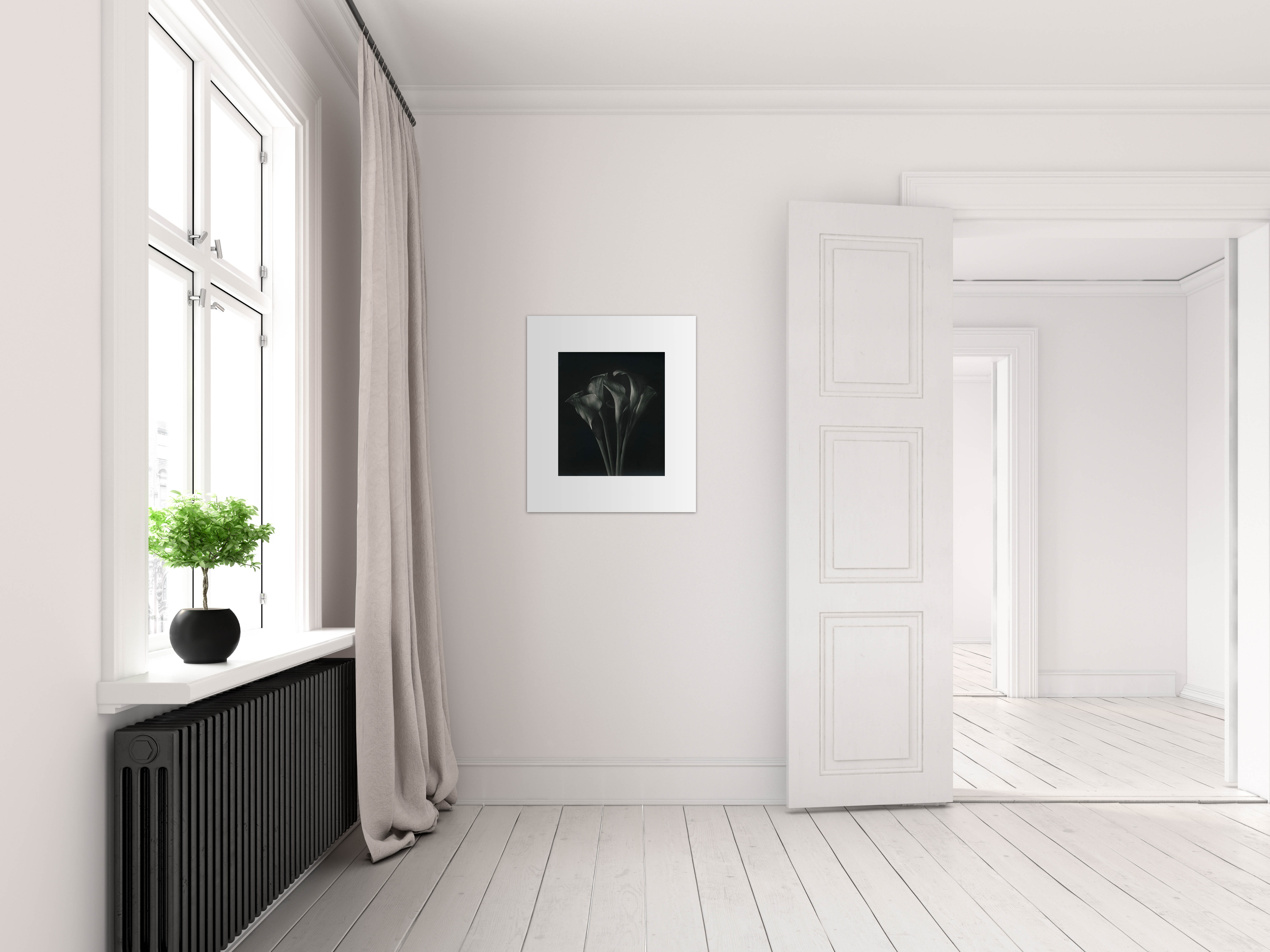