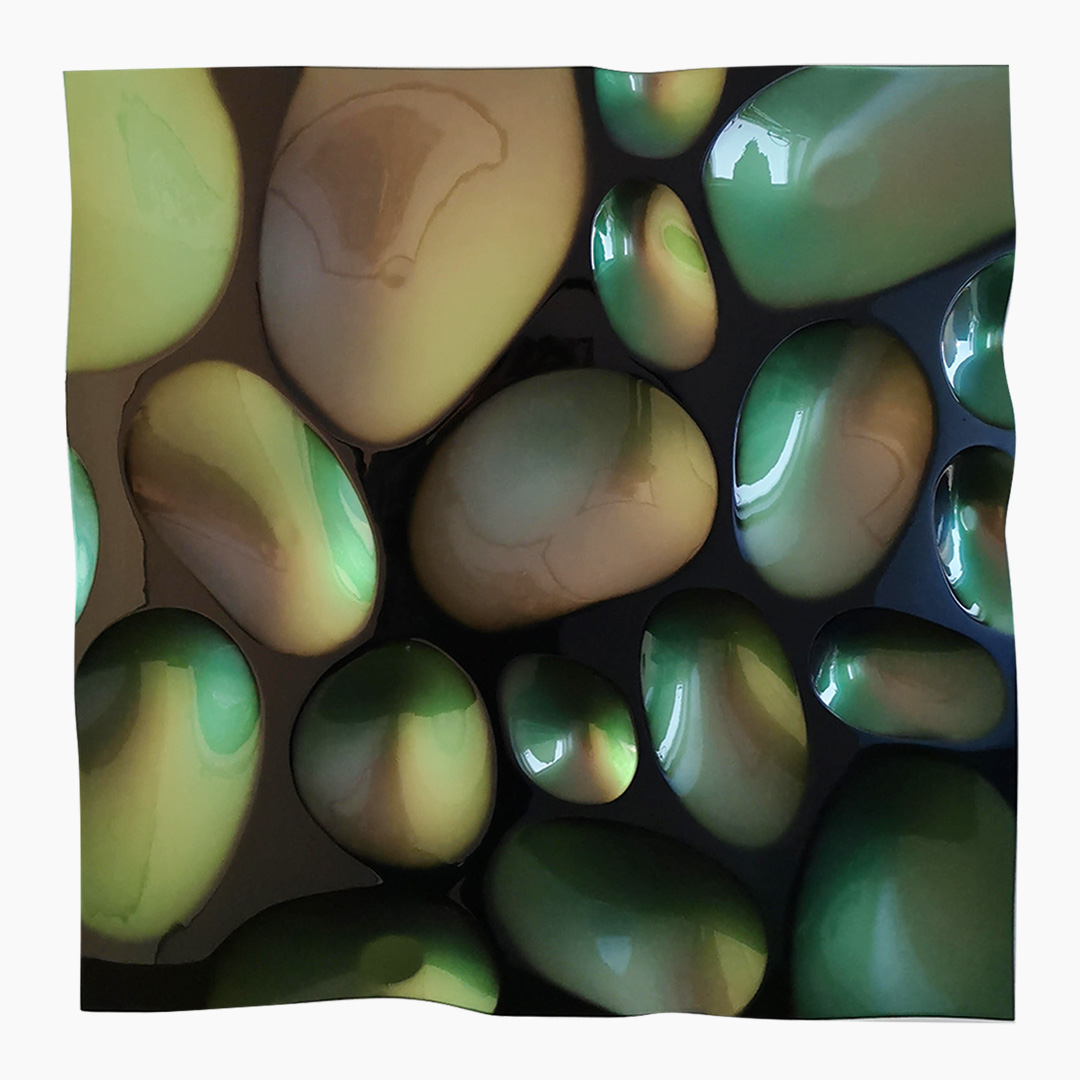 The painting is called „Tafelbild“ that means panel picture and just describes the used surface on which the artwork was created. A picture on a solid surface like wood or metal, i.e. not canvas or paper, is termed as panel picture.Yet, Siber’s artwork is rather a painted relief than just a painting. He formed concave structures out of solid MDF (middle density fibrous wood) material and kept the surface extremely smooth leaving no irregularities. Thereafter, he painted the relief using an interference paint containing various color pigments. The artistic result of this master craftsmanship is awesome. The artist has completely understood the properties of the material he is using. Otherwise, one cannot achieve such phenomenal results in a minimalistic approach. Due to the interference paint the artwork is in continuous change reflecting the light. The inherent properties of the applied material transfers the artwork into a living structure continuously adjusting to changes of the environment. The video below shows more than thousand words can describe how colors and even forms are changing just by walking along the artwork. It’s like life. Nothing is absolute, everything is relative, depending on the perspective and light to look at given thing. 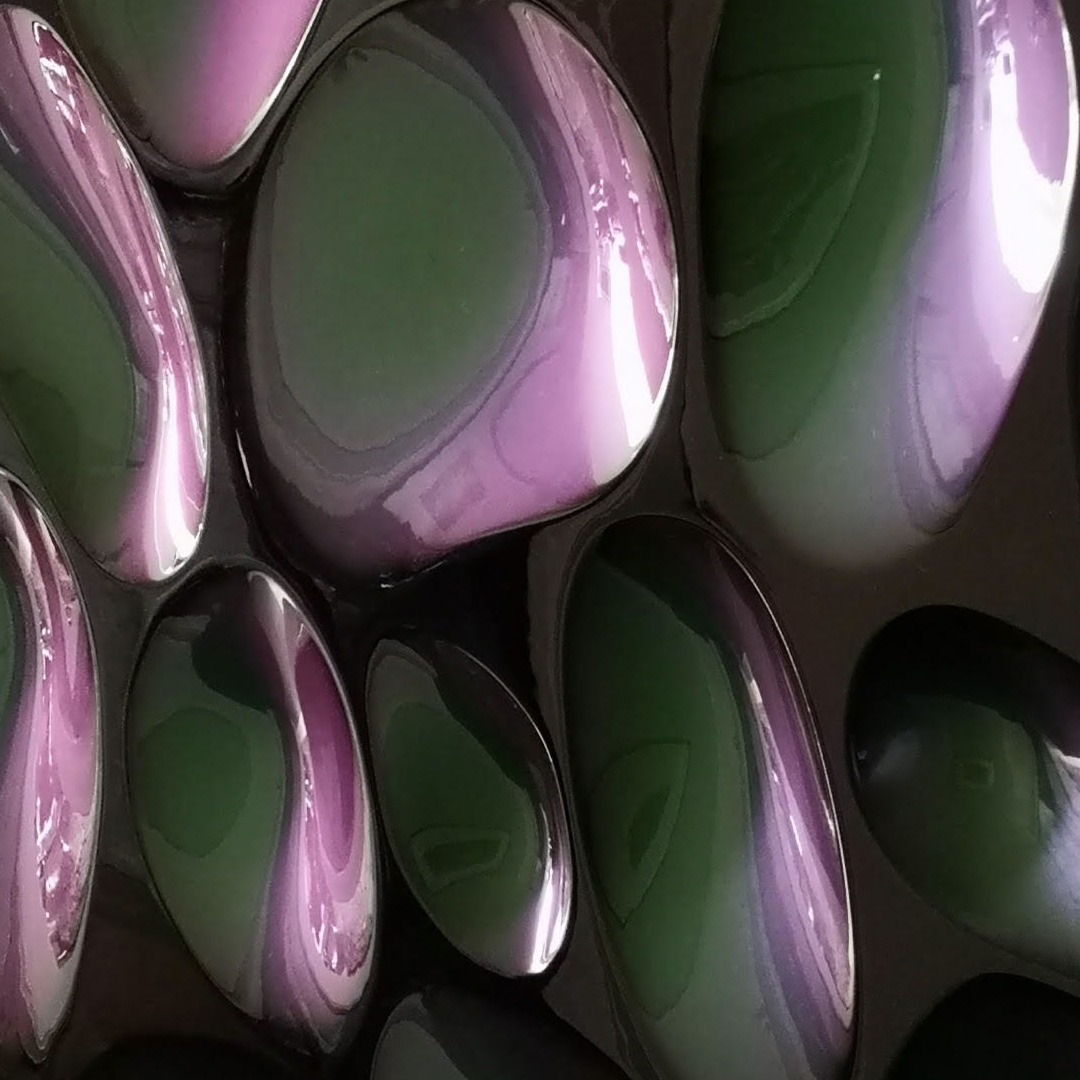 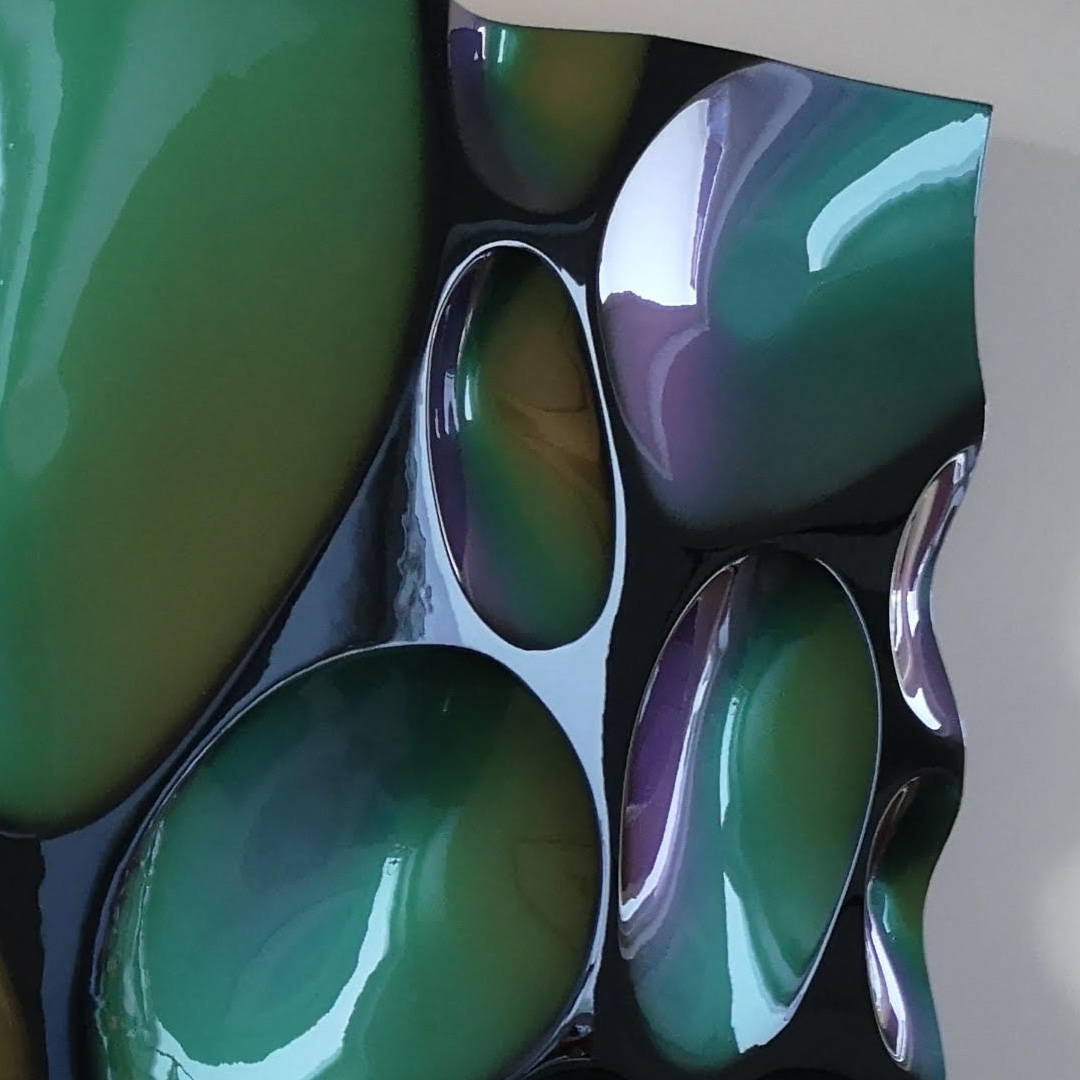 Born in 1949 in Germany, Willi Siber studied fine arts at the University and Academy of Fine Arts in Stuttgart 1970-76. He was master student of Prof. Herbert Baumann. Since 1979 he works as free artist in his own workshop in South Germany close to the place where he was born. His artworks have been exhibited on a worldwide scale. Art collectors as a former U.S. Vice-President are collecting his artworks. Recently, the New Pinakothek in Munich acquired one of his stunning artworks for their collection of contemporary arts.

“The playful, meticulously constructed works of German painter, sculptor and object artist Willi Siber create unique landscapes of color, shadow, and light. Originally educated in stone sculpture, Siber later shifted his focus to wood and metal, often covering his sculptures with brilliant, monochromatic hues and reflective finishes. Pattern and form are central to Siber’s work. The clean lines of his steel-and-lacquer wall sculptures seem to fold and unfold in ribbons and knots, while his wood panels covered with metal and epoxy resemble rare, intricate coral. Each piece seems part of an endlessly expansive system, imbued with a sense of wonder and possibility.” 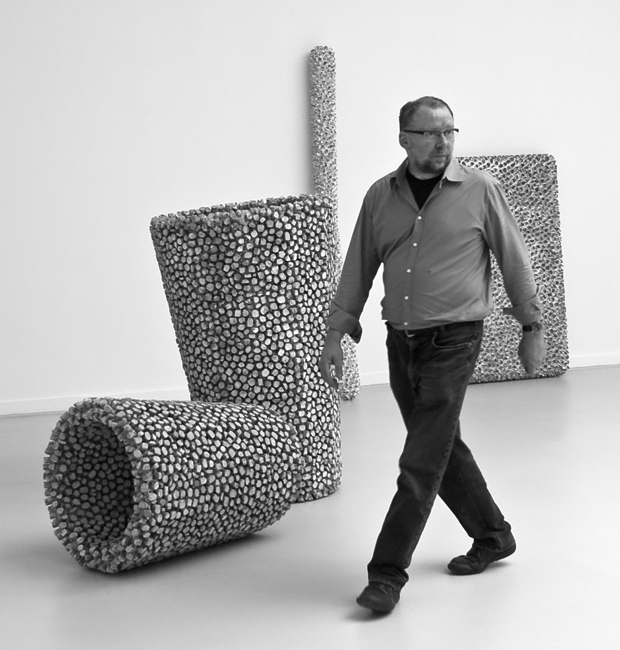