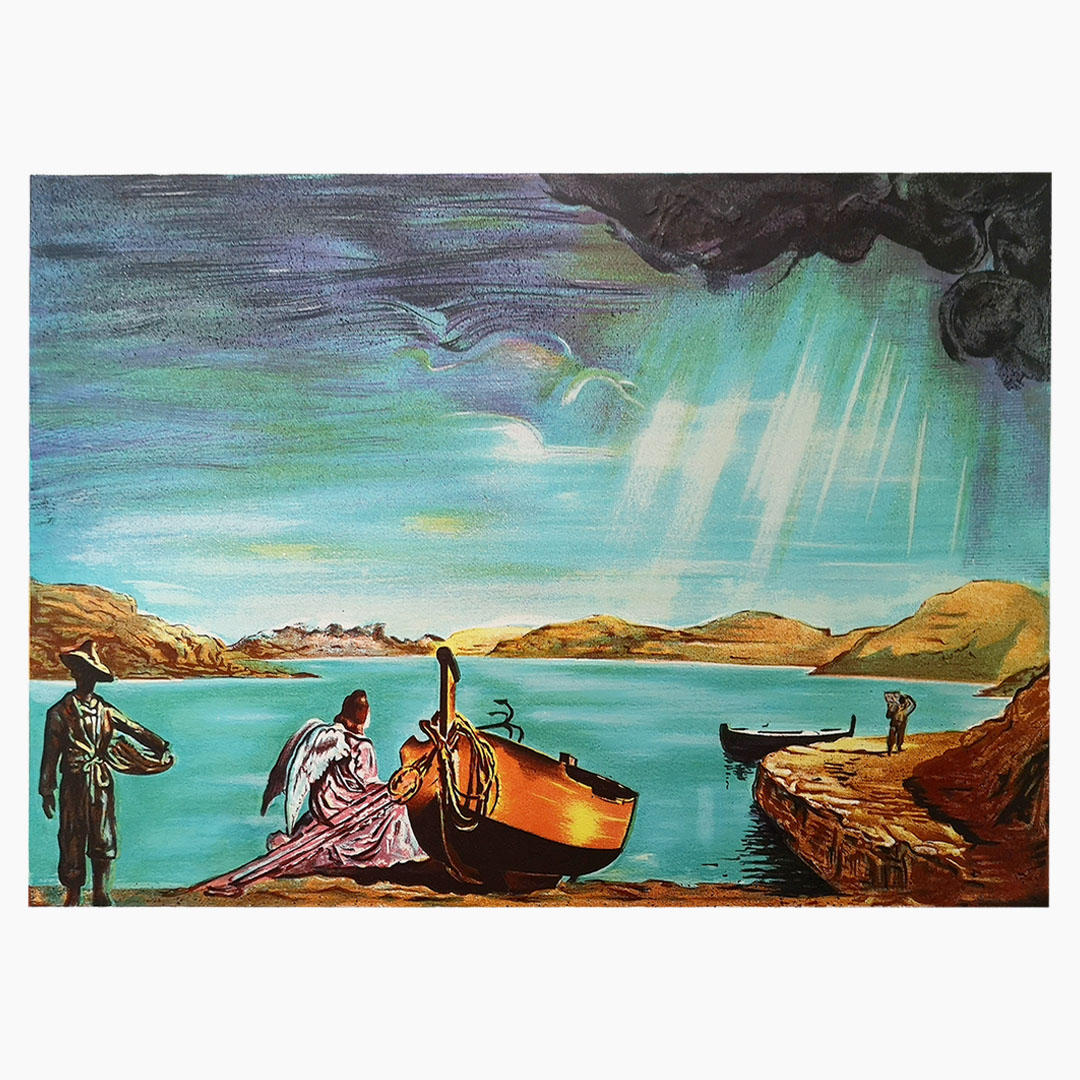 The original painting of 1952 (oil on canvas) can be seen in the Dali Museum, St. Petersburg, Florida, USA. The date of creation of the present lithography is not clear

Created after the painting of 1952. Originally signed on the sheet by Dali (lower right) and numbered 163/300 by pencil.

Condition: very good (two slight crinkles at the edges, not seen when framed) 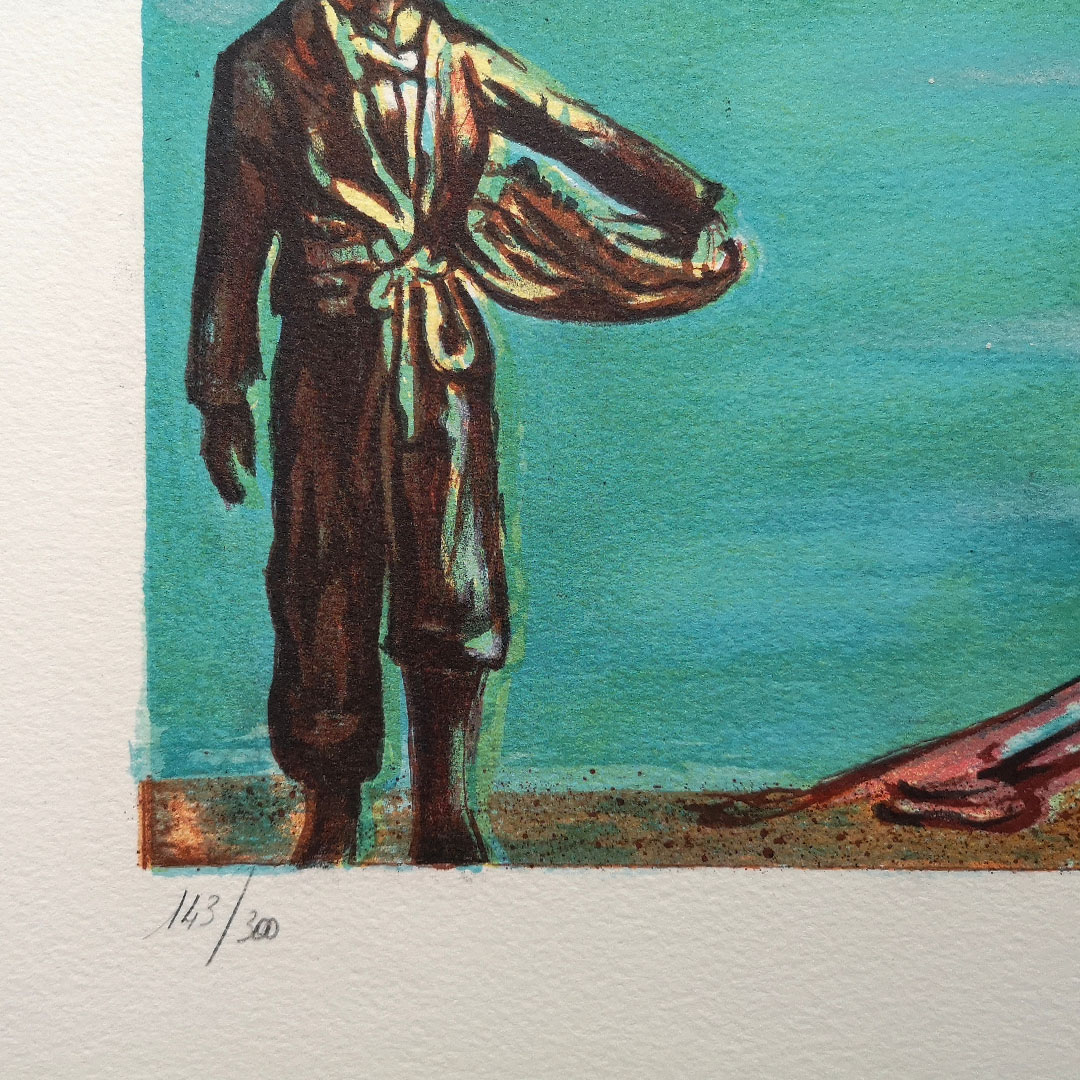 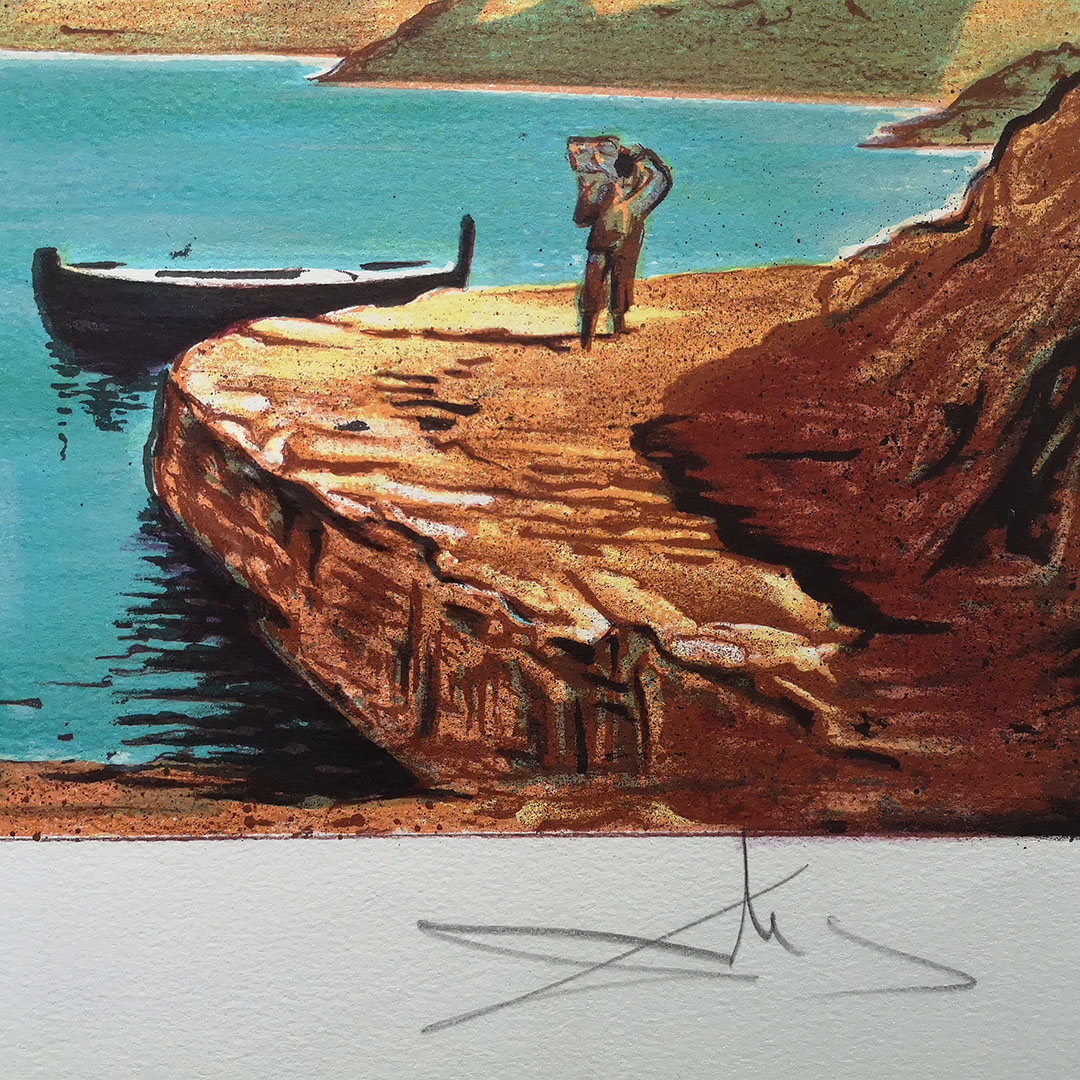 Salvador Felipe Jacinto Dalí y Domenech (1904 - 1989, born and died in Figueras, Spain) is the most famous Surrealist and significantly influenced arts and design by his explorations of subconscious imagery.

As an art student in Madrid and Barcelona, Dalí assimilated numerous artistic styles and displayed extraordinary technical capabilities as a painter. It was not until the late 1920s, however, that two events brought about the development of his mature artistic style: his discovery of Sigmund Freud’s writings on the erotic significance of subconscious imagery and his affiliation with the Paris Surrealists, a group of artists and writers who sought to establish a “greater reality” of the human subconsciousness. To bring up images from his subconscious mind, Dalí began to induce hallucinatory states of himself by a process he described as “paranoiac critical.”

Once Dalí hit on that method, his painting style matured with extraordinary rapidity, and from 1929 to 1937 he produced the paintings which made him the world’s best-known Surrealist. He depicted a dreamworld in which commonplace objects are deformed, or otherwise metamorphosed in a bizarre and irrational manner. Dalí portrayed those objects in meticulous, realistic detail and usually placed them within landscapes that were reminiscent of his Catalonian homeland. Perhaps the most famous of those enigmatic images is The Persistence of Memory (1931), in which melting watches rest in a serene landscape.

In the late 1930s, Dalí switched to painting in a more-academic style under the influence of the Renaissance painter Raphael. His ambivalent political views during the rise of fascism alienated his Surrealist colleagues, and he was eventually expelled from the group. Thereafter, he spent much of his time designing theatre sets, interiors of fashionable shops, and jewelry as well as exhibiting his genius for flamboyant self-promotional stunts in the United States, where he lived from 1940 to 1955. In the period from 1950 to 1970, Dalí painted many works with religious themes, though he continued to explore erotic subjects, to represent childhood memories, and to use themes centring on his wife, Gala.

— modified, according to BRITANNICA 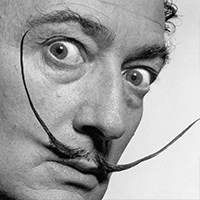 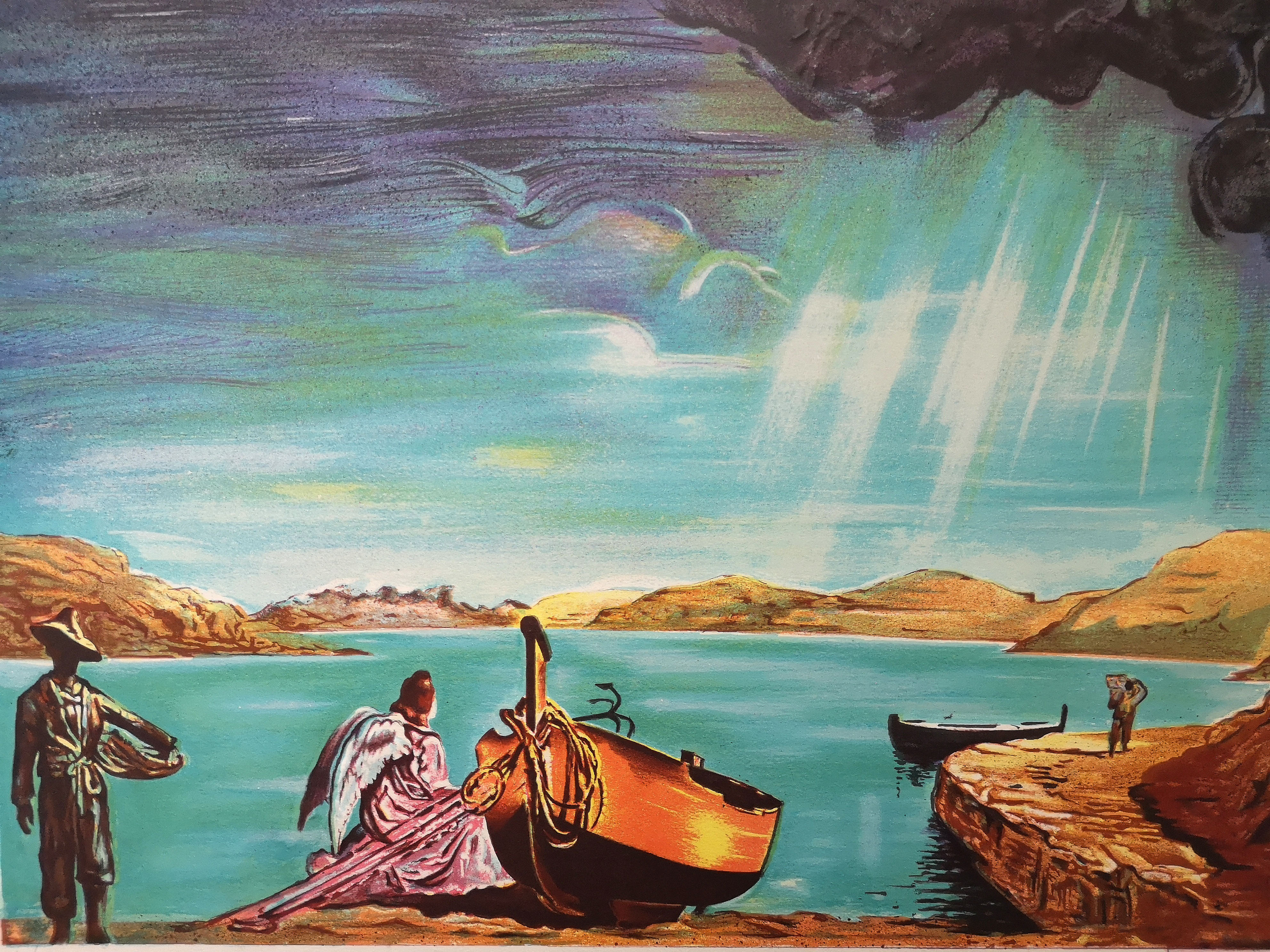