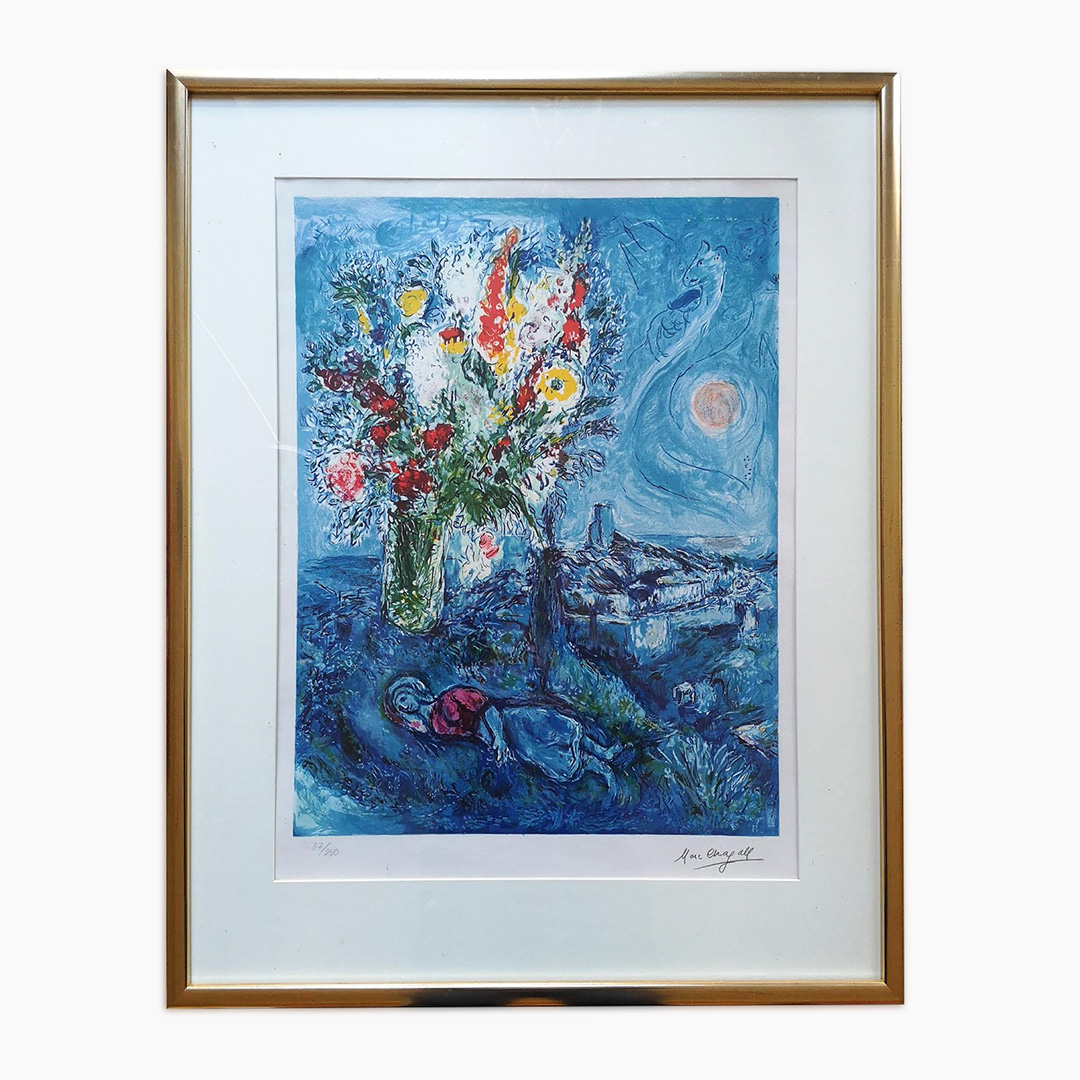 This stunning artwork shows a sleeping beauty below blooming flowers while her dreams lifting her into heaven as often symbolized by Chagall in his late work using intense blue color. In the background, the medieval town of Saint Paul de Vence can be recognized, where Chagall lived since 1966. The original oil painting is the highlight of the museum Albertina in Vienna. 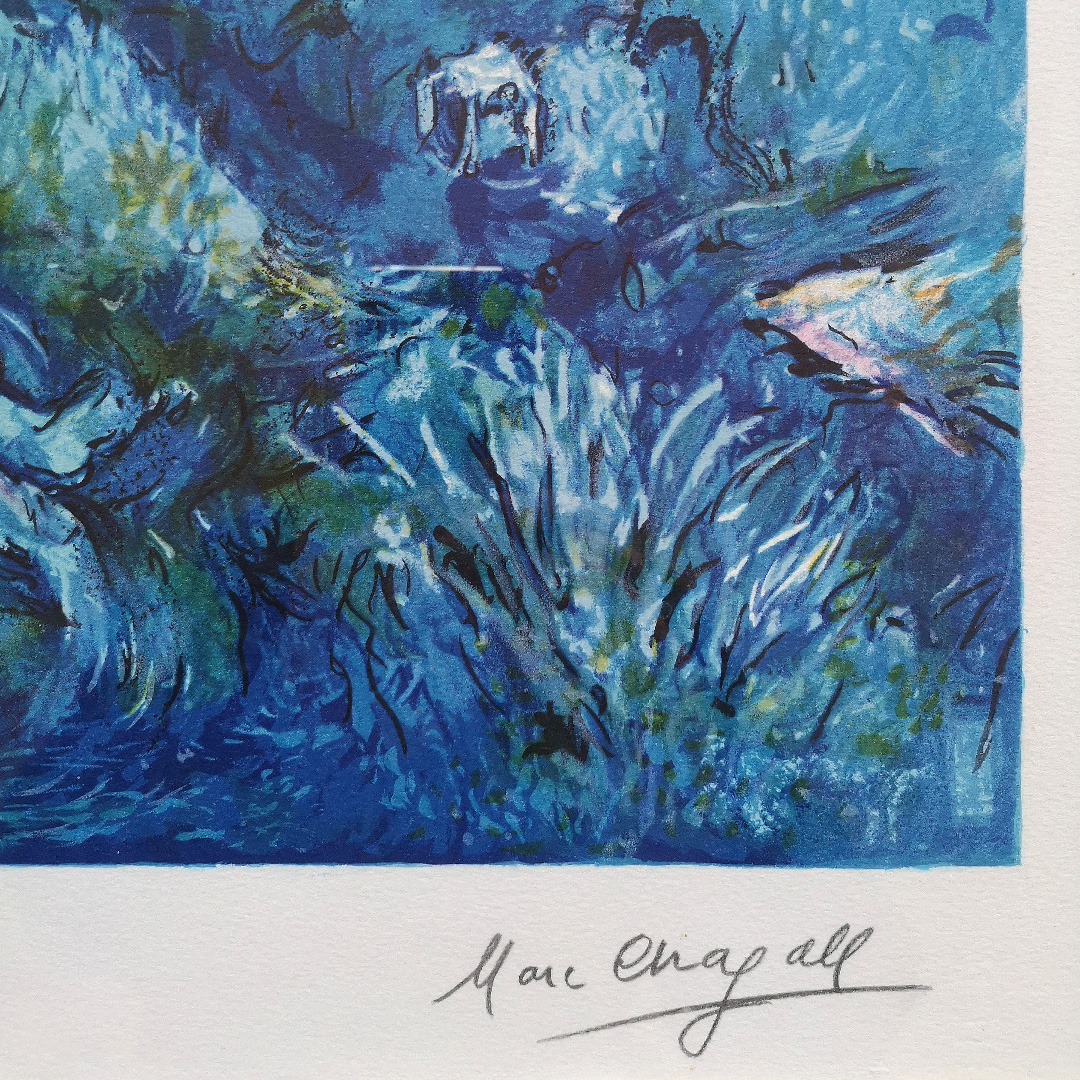 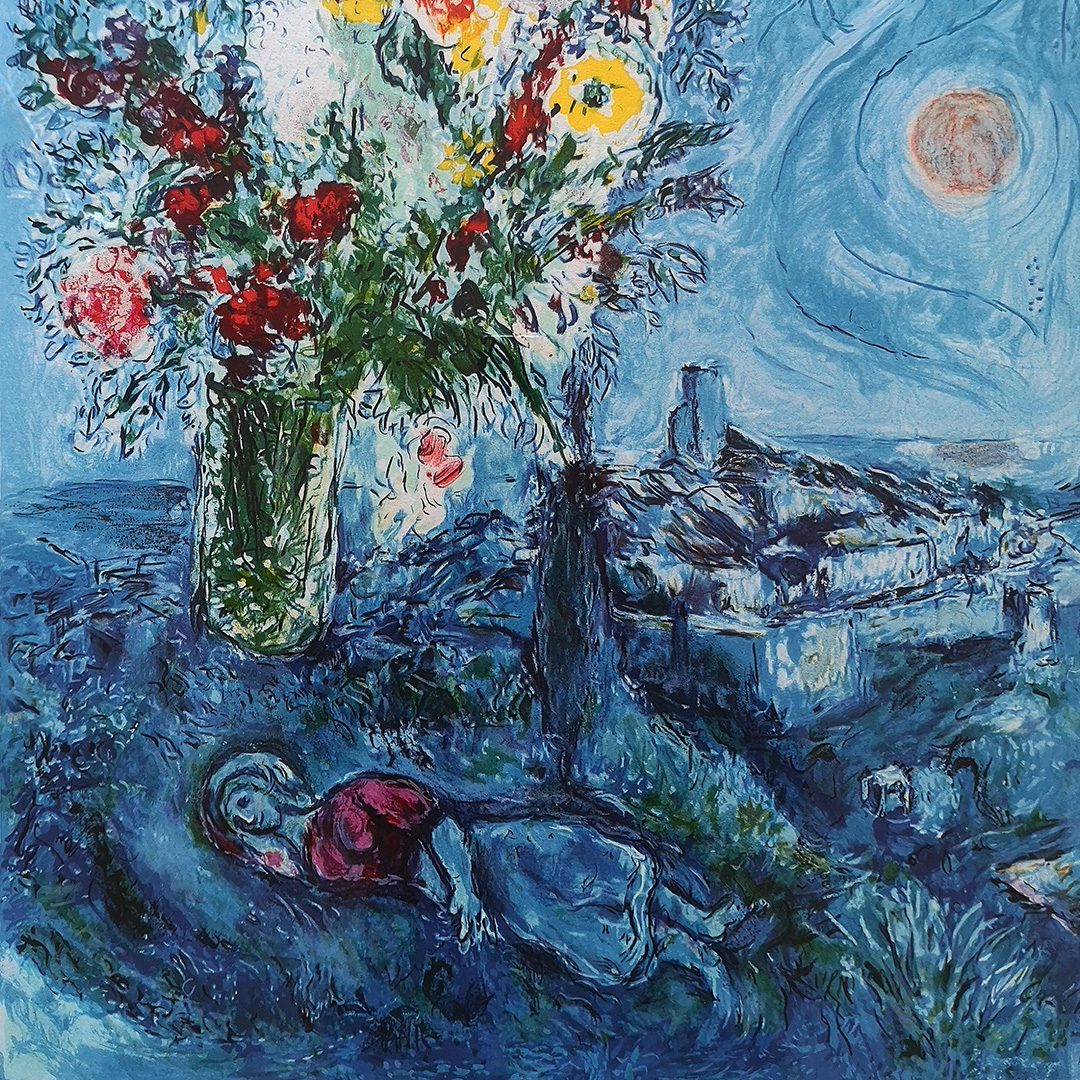 Marc Chagall was a Russian artist, born in Belarus and later (1937) naturalized in France. He is one of the most celebrated artists of the 20th century.

He had an unique career working with various artistic media, incl. paintings, frescoes, book illustrations, stained glass, stage sets, ceramics, tapestries and fine art prints. Chagall's exciting, extraordinary  and poetic work is still achieving universal attention and of everlasting cultural importance. The art critic Robert Hughes called him "the quintessential Jewish artist of the 20th century." Chagall is a pioneer of modernism and one of the greatest figurative artists of all time. He created some of the best-known and most-beloved paintings of our time. According to the art historian Michael J. Lewis, Chagall was considered to be “the last survivor of the first generation of European modernists.” For decades he “had also been respected as the world’s most visible Jewish artist.” He also accepted many non-Jewish commissions, including a stained glass work at the cathedrals of Reims and Metz, Dag Hammarskjold memorial at the United Nations, and the great ceiling in the Paris Opera.

His most vital work was made on the eve of World War I, when he traveled between St. Petersburg, Paris, and Berlin. During this period he created his own mixture and style of modern art based on his visions of Eastern European Jewish culture. He spent his wartime years in Russia, and the October Revolution of 1917 brought Chagall both opportunity and peril. By then, he was one of the Soviet Union's most distinguished artists and a member of the modernist avante-garde. He founded the Vitebsk Arts College, which was considered the most distinguished school of art in the former Soviet Union. However, Chagall was considered a non-person by the Soviets because he was Jewish and a painter whose work did not celebrate the heroics of the Soviet people. As a result, he moved to Paris together with his wife, and never returned to his home-country Russia. 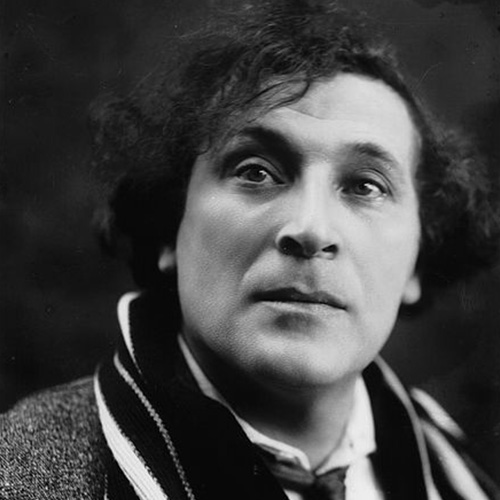 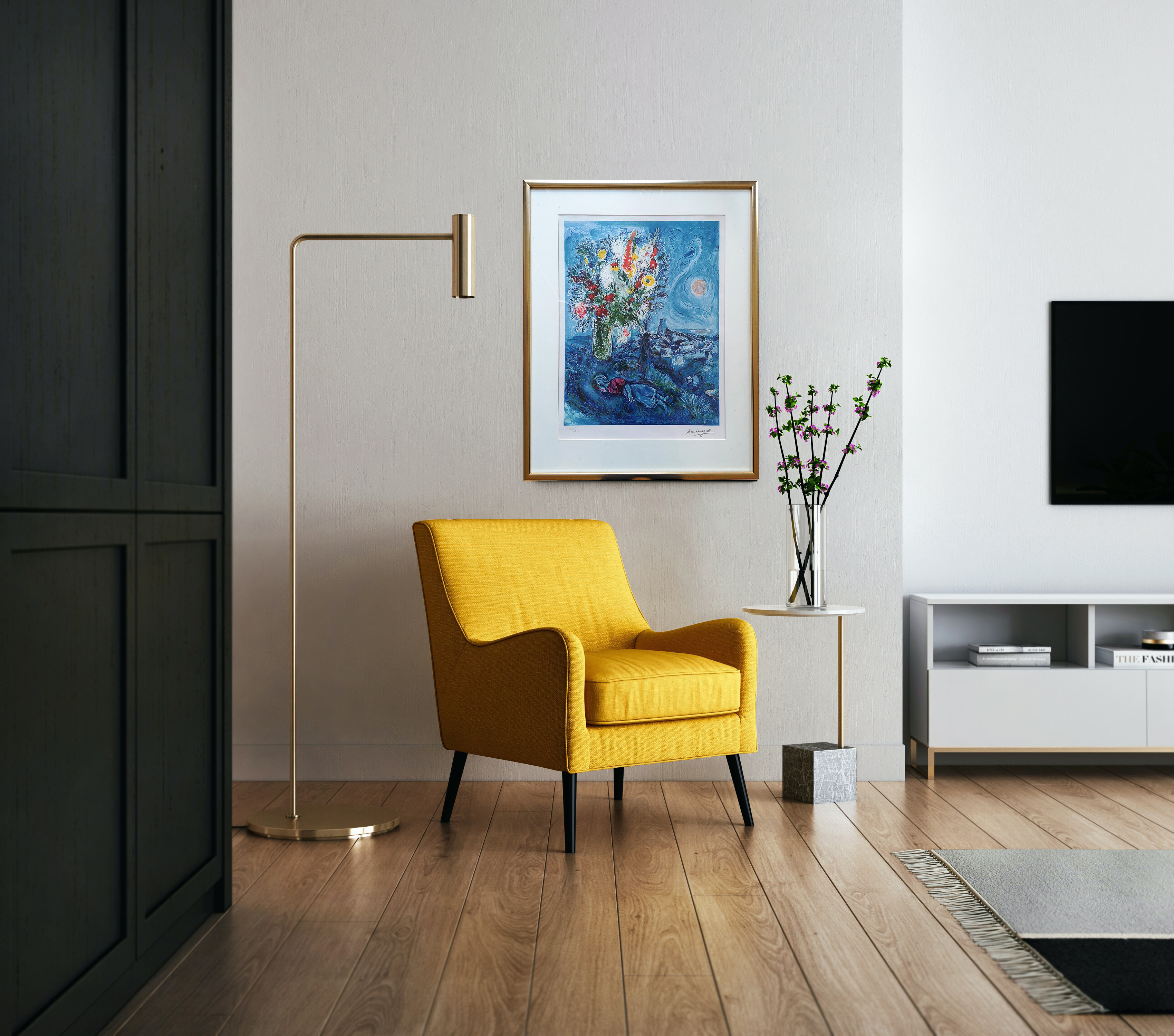