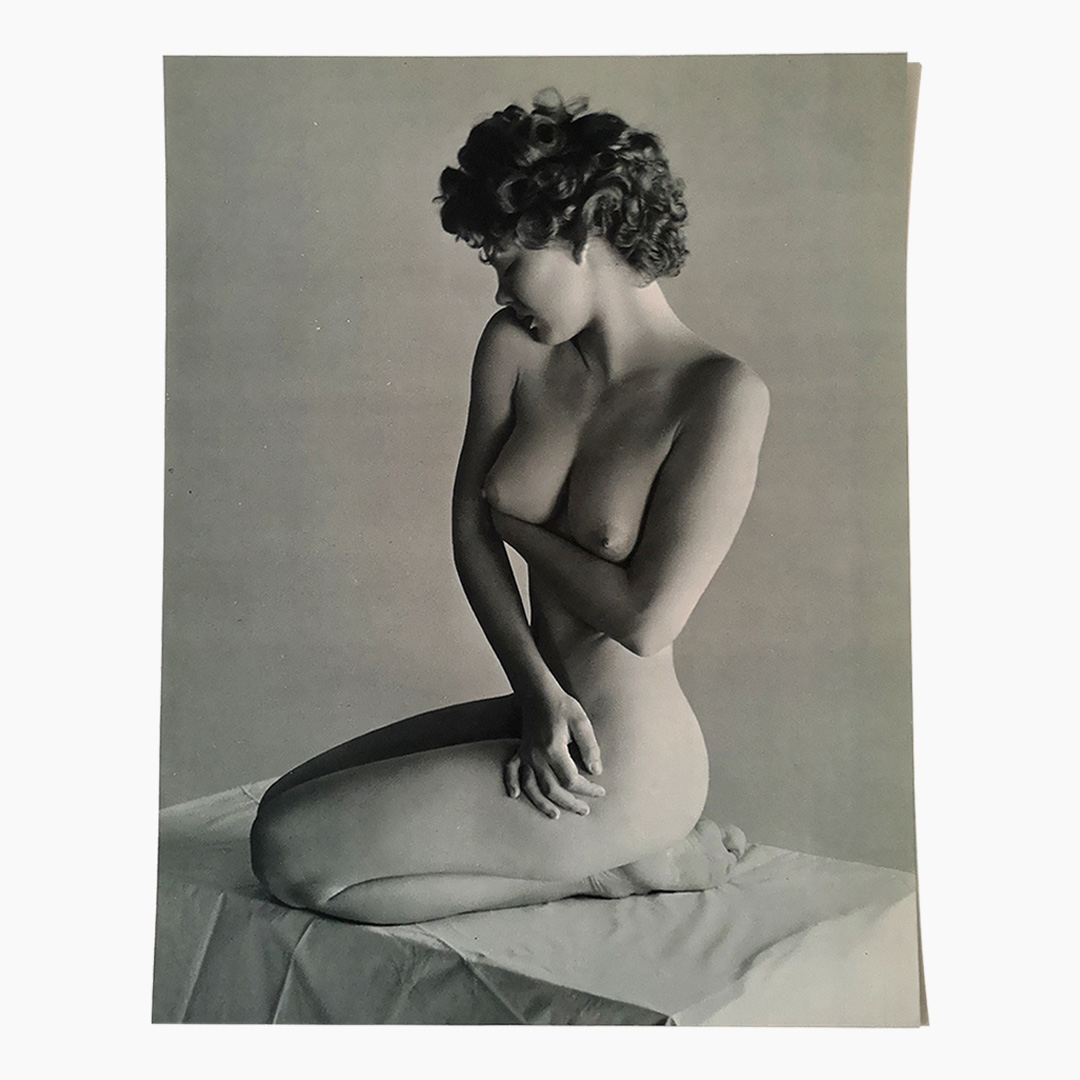 Original vintage photogravure by the outstanding photographer, Andre de Dienes. Stamped with artist's name, verso. Composed and printed as matte finish in 1950, affixed to archival acid-free support sheet. The nude, young woman appears as innocent as a woman can be inducing respect for her beautiful being. The viewer is left with the impression that just touching her would destroy her innocence. So, better not. 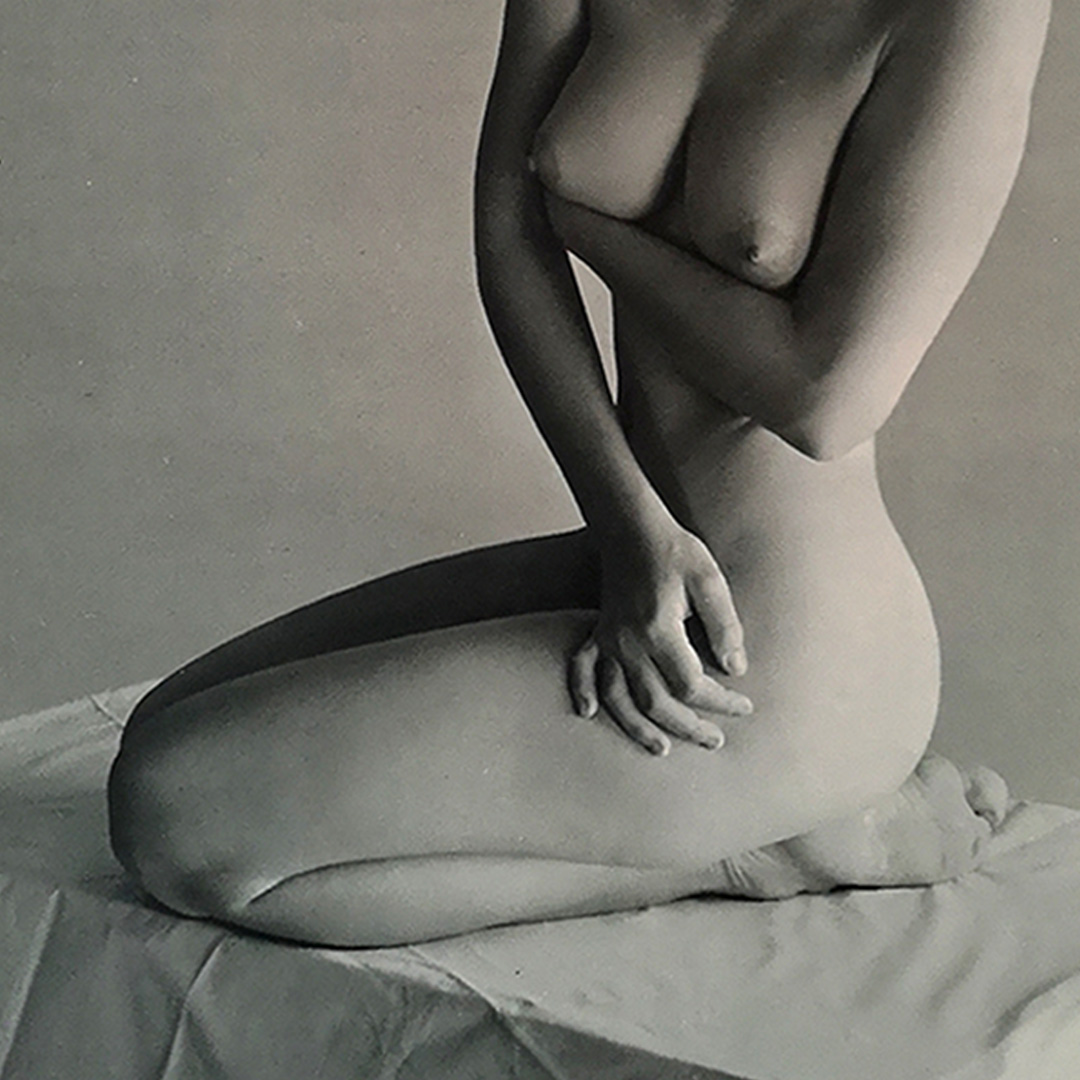 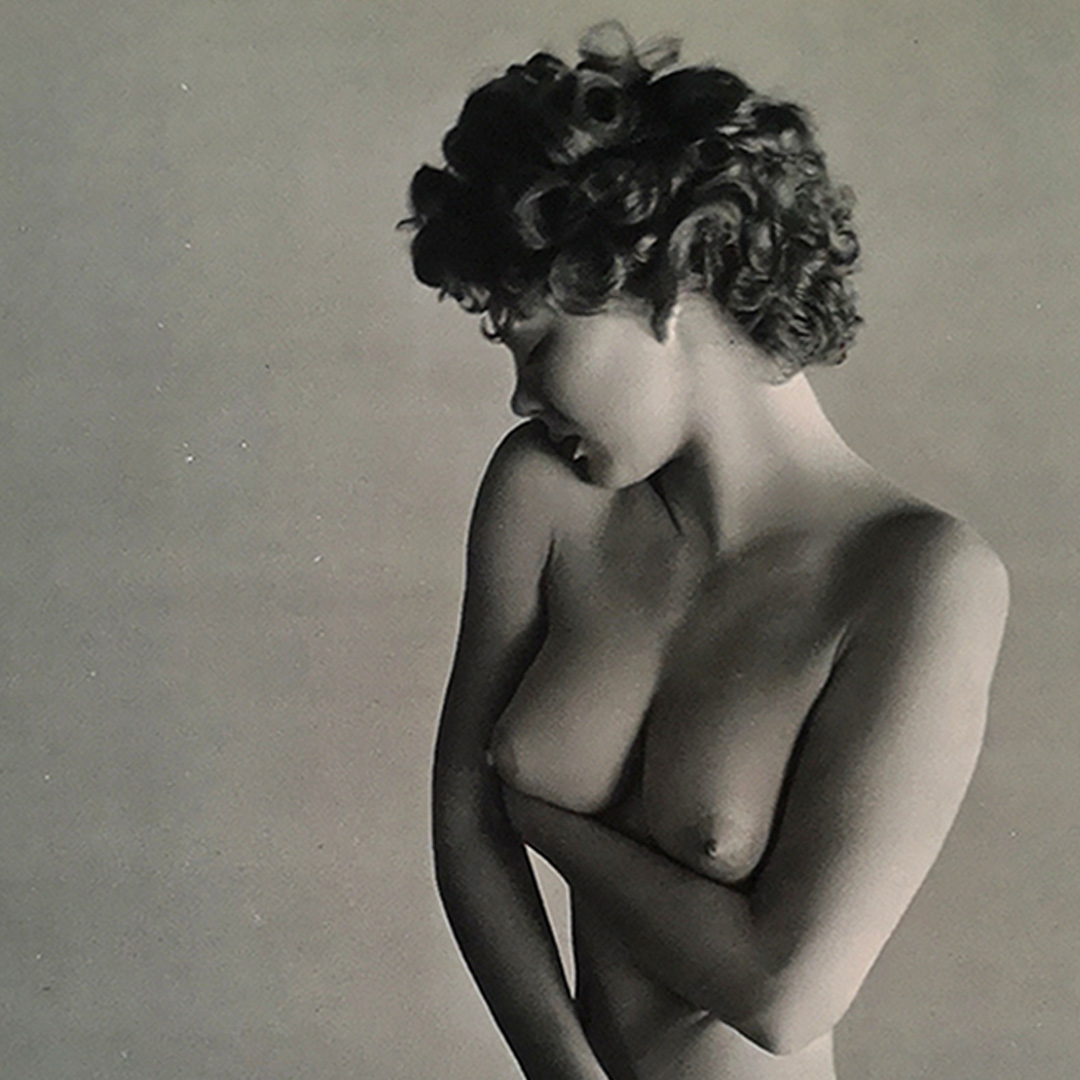 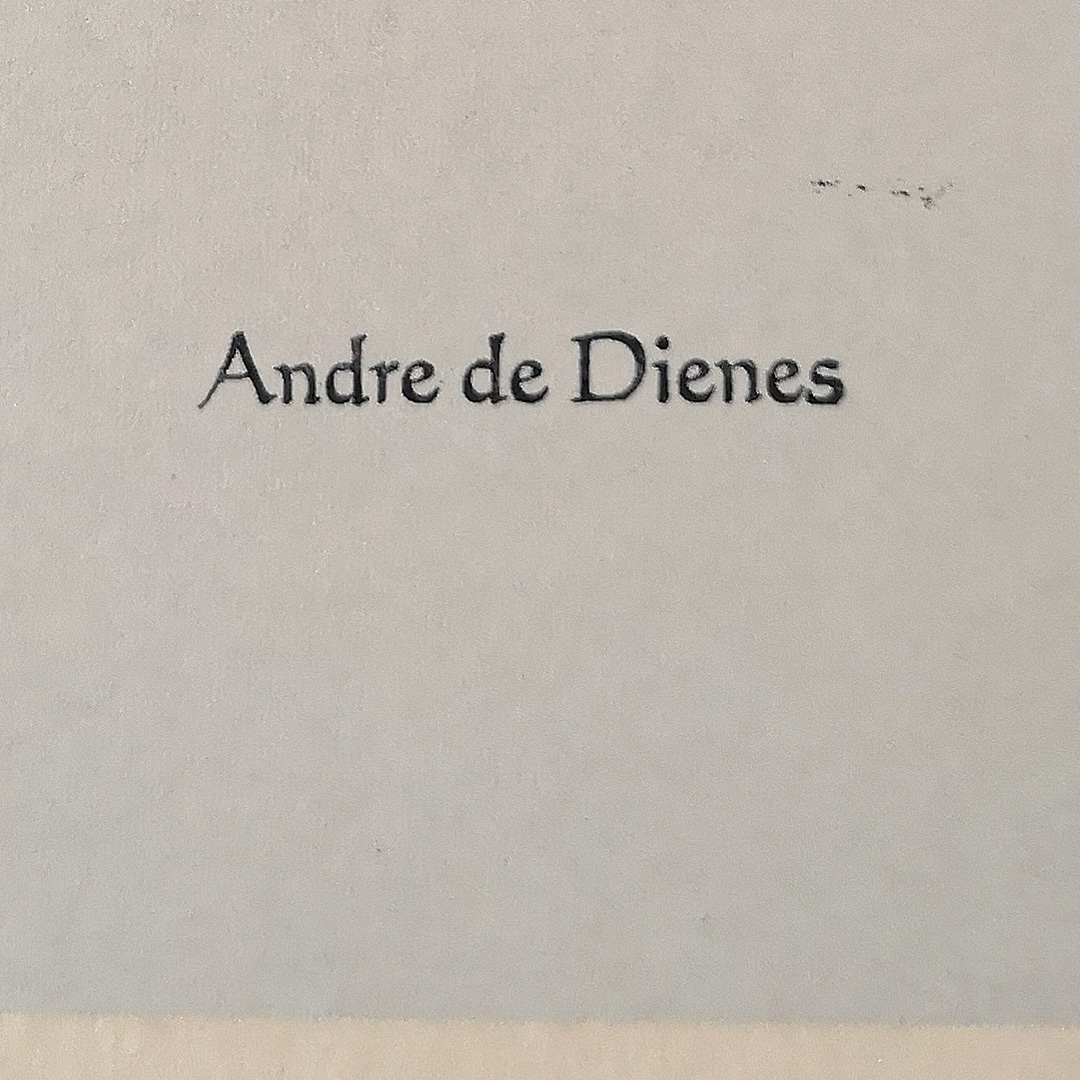 André de Dienes (1913 - 1985), born as Andor György Ikafalvi-Dienes and grown up in Hungary, left his home country following the suicide of his mother. He travelled around Europe and settled for some time in Tunisia, where he started to paint and got interested in photography while taking various jobs to stay alive. In 1933, he moved to Paris to study arts. There, he bought his first Rolleiflex camera. Fascinated by taking pictures, he began successfully selling photos to publishers and the news agency Associated Press (AP). In 1936, the famous Parisian couturier Edward Molyneux encouraged him to become a fashion photographer.

With the help of Esquire magazine editor Arnold Gingrich, de Dienes emigrated to the United States in 1938 and settled in New York to work for Esquire, Vogue, Life and Montgomery Ward. Dissatisfied with the limitations of fashion photography, de Dienes moved to Hollywood in 1944, where he discovered his true passion, nude photography and outdoor photography. As an emotional and passionate photographer, he wanted to make the beauty of nature visible with his lens. In an effort to make his photographs as true as life, he never retouched them. He was convinced that for good photographs one should have great patience and imagination. André de Dienes worked as freelancer for various film studios and photographed numerous stars, including Marlon Brando, Elizabeth Taylor, Henry Fonda, Shirley Temple, Fred Astaire, Ingrid Bergman, Jane Russell and Anita Ekberg. He soon became known as one of the best glamour photographers. In addition, several publications proved his pioneering achievements in areas such as darkroom technology and photomontage, published in US Camera, Classic Art Photography and many others.

In 1945, he met the then 19-year-old Norma Jeane Dougherty, later known as Marilyn Monroe, and was immediately fascinated by her youthful freshness and photogenic sex appeal. André de Dienes was the first to hire her for a model job. It was him who detected her great potential to become a movie star and an icon for an entire generation. A five-week photo tour through California, Nevada and New Mexico ended with a love affair with her and numerous covers for magazines around the world that turned the formerly pin-up girl into a superstar. Even after the end of their romance, both continued their joint work until the end of 1960. Today, de Diene’s studies of Monroe are considered the best of all the many photographs of her which are available. The nude photographs of André de Dienes were published in 24 books in the USA, England and Germany. He died in Hollywood, the place of his professional success, in 1985. Posthumously, “Marilyn mon amour” has been published together with his memoirs. In 2002, Newsweek presented his outstanding work in a six-page cover story. 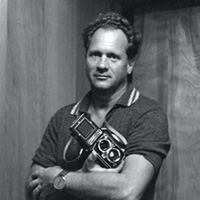 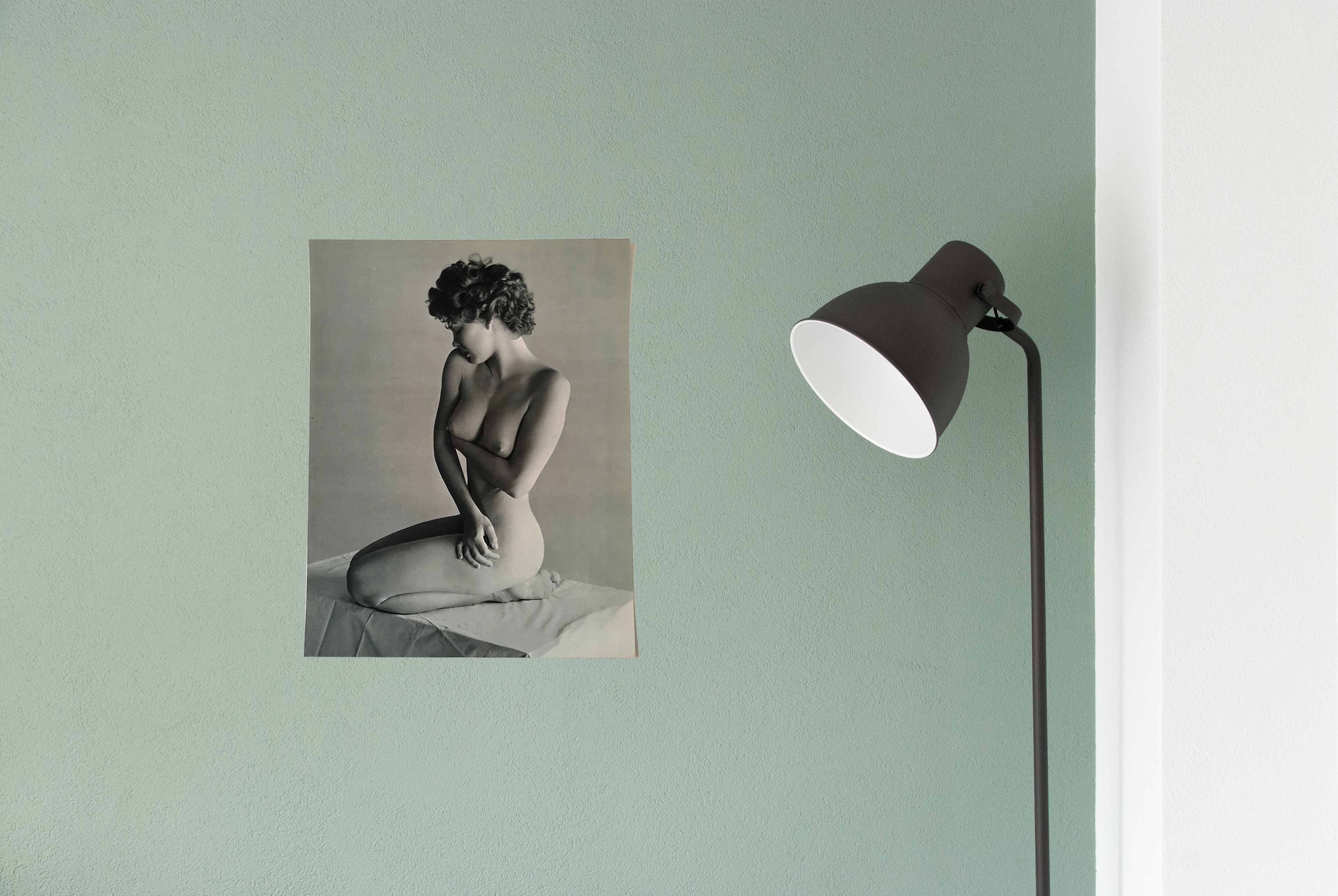